In this article, using OpenCV with wxWidgets is discussed with examples. For that, OpenCV and wxWidgets need to be installed in your system. Installing and using them on Linux and Windows platforms can be found at the following links.

Building an application using OpenCV and wxWidgets in Linux terminal is simple. As an example, a simple program called wxcvsimple.cpp (online) is discussed below. At the start of the program, in OnInit() method of the Application, is called. Then, wxStaticBitmap variables are declared in MyFrame class, a derived class of wxFrame, to display images. The following code can be used to initialize wxStaticBitmap in the constructor of MyFrame class.

To install OpenCV on your Linux machine, you need to have the following packages as prerequisites [Ope17g]. To install the required packages, you can enter the following commands in terminal.

wxWidgets is a C++ library for creating cross-platform applications. It enables developers to create GUI code to compile and run on several computer platforms such as Windows, OS X, Linux and UNIX with minimal or no code changes.

wxWidgets is free and open source software which satisfies those who wish to produce for GPL and proprietary software without license costs [wxW98]. On the other hand, Qt is available for free under LGPLv3 license but has some limitations for commercial use unless you pay the license fee [Qt17].

wxWidgets not only works for C++, but also has bindings for python, perl, php, java, lua, lisp, erlang, eiffel, C# (.NET), BASIC, ruby and even javascript [wxW15a]. wxWidgets is one of the most complete and mature GUI toolkits. There are a lot of utility classes also.

wxWidgets is used by a huge range of organisations and individuals all over the world. Some of the better-known organisations who have used wxWidgets include NASA, AMD, Xerox, and Open Source Applications Foundation (OSAF). wxWidgets applications that you may be familiar with include AVG AntiVirus, Audacity, Filezilla, Code::Blocks, CodeLite.

Pixy (http://cmucam.org/projects/cmucam5) is a vision system that can be used to add computer vision to your Arduino, Raspberry Pi, or BeagleBone project. Once you have taught it the color to detect, it can send you the position and size of the detected objects. 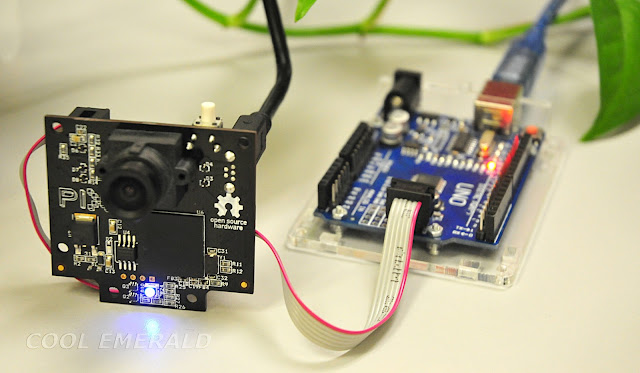 KiCad is a suite of free software to design PCBs.[KiCad on Wikipedia]. I have been using it to make PCBs and it is OK so far. It is also easy to use. It comes with tools to check design rules and to produce Gerber files for manufacturing. I have written a getting started guide for KiCad in Myanmar language to take note about my experience and methods. And I combined them with English version guide which can be found on its website [Getting Started in KiCad, March 5, 2017]. My Myanmar version getting started guide for KiCad book can be found at 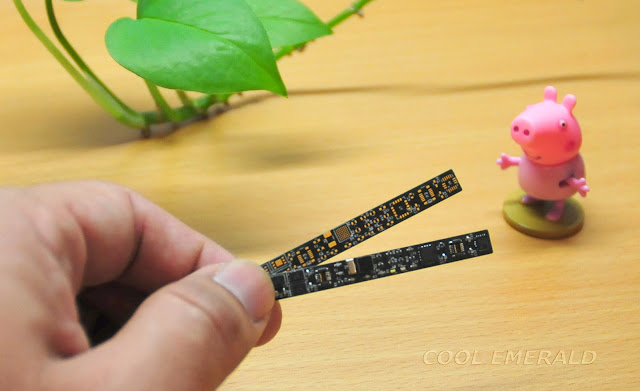 In order to evaluate it, MCUXpresso Integrated Development Environment (IDE) is downloaded and installed. Other tools for it can be found at this link . After launching MCUXpresso and assigning a workspace folder, example projects can be imported by clicking Quick Start Panel (near bottom left corner) -> Import projects from file system ... -> Browse LPC open resources as shown in the following figure. 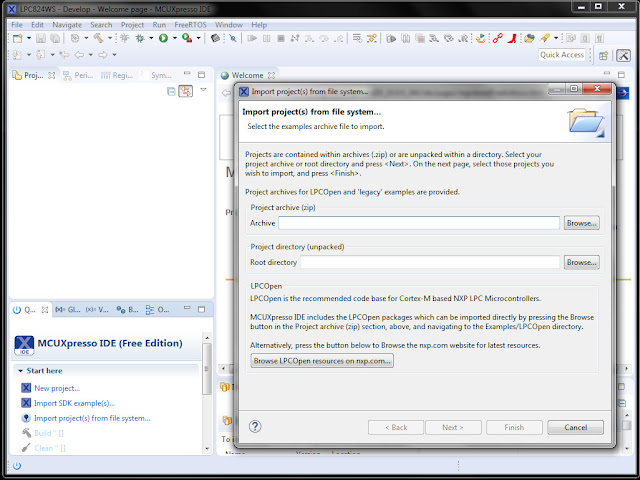 Programming serial port in C++ with wxWidgets for Windows and Linux

I have developed a class library 'Serial.h' to use serial port (com port) on both Windows and Linux. This cross-platform 'Serial' class is written in C++. A simple example for C++ console program using the class is demonstrated. As an another example, using it with wxWidgets for GUI application is also presented. The source code can be found at 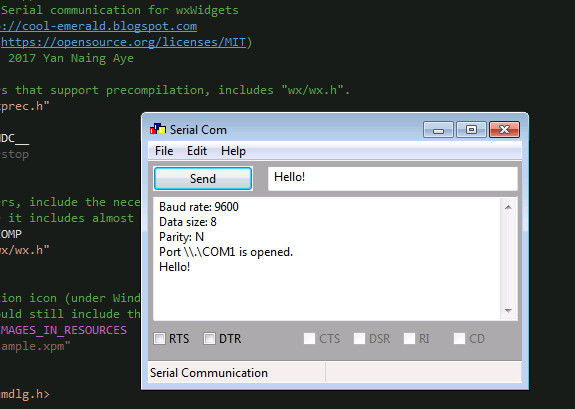 I have written a program to find the centroid of Myanmar. The centroid is found to be at latitude 20.86 degree and longitude 96.48 degree after compensation for Mercator projection.

Using the latest version OpenCV (currently opencv-3.2.0) pre-built for 64 bit Windows with Visual Studio 2015 is discussed. The procedure is also applicable for OpenCV 3.3 and Visual Studio 2017. OpenCV is available to download at
https://sourceforge.net/projects/opencvlibrary/files/opencv-win/.
Then, the downloaded file, opencv-3.2.0-vc14.exe is extracted at C:\opencv as a folder called opencv320. Visual Studio 2015 IDE is downloaded from https://www.visualstudio.com/downloads/ and install. The following steps are tested on Windows 10 64 bit using Visual Studio 2015 and OpenCV-3.2.0. For other versions, the precedures are similar.

This is a template for LaTeX report in Myanmar language using XeLaTeX. It is available at

To properly render Myanmar fonts using LaTeX, it is necessary to use TeX typesetting engines that support Unicode such as XeTeX. Simple examples for testing XeTex can be found in an older post Myanmar (Burmese) Language with XeTeX and LuaTeX.

A question is whether it is possible to integrate them to get an equivalent accelerometer without using angular movement information.
After consideration, I think the answer for that question is 'YES'.
Read more »
Posted by Yan Naing Aye at Tuesday, February 21, 2017 No comments:

I need to create a DLL (Dynamic Link Library) to be used in Visual Basic .NET 2012 (vs11). And I want to write the DLL in C++. Two different ways to accomplish the task are discussed below.